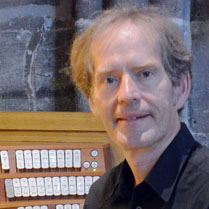 The 94th Bach Festival of the “Neue Bach-Gesellschaft” has become history!

In St Mary’s church of Rostock, the opening and the concluding service took place among four concerts. Two of them made use of the Great Organ. The Trio “Allein Gott in der Höh sei Ehr” BWV 664″, the fantasy on “Jesu, meine Freude” BWV 713, Praeludium G-Dur BWV 541 and Felix Mendelssohn’s Praeludium and Fugue in G from op. 37 have been played. There were ackknowledging comments on the ogan’s sound, both for its liturgical and its concert use. At the same time, the campaign “Become a Principal Donator!” was launched, and together with a collect within the opening service, some contributions to the funding of the coming restoration have been generated. Once again, St Mary’s has proven to be an attractive location, regarding acoustics and atmosphere as well.